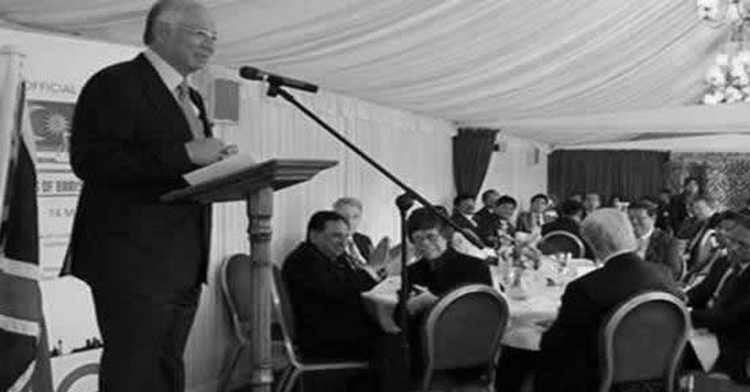 Curzon PR focused on public affairs for FBN UK, launched with the support of the President of the ASEAN UK Business Forum & Chairman of Malaysia Link UK, SK Lingam, it took place in the presence of Malaysian Prime Minister Dato’ Sri Mohd Najib.
Curzon identified and targeted high level delegates in business, politics and media. Through political engagement, a key political speaker was also secured for the luncheon.

RESULTS
Baroness Warsi, then Co-Chair of the Conservative Party, was secured as keynote speaker, along with members of parliament, trade associations and selection committees.
The introduction of Baroness Warsi to the Malaysian Prime Minister resulted in an official political delegation from Britain visiting Malaysia. Curzon's CEO's -background, including an event she cohosted with the Malaysian High Commissioner in 2007, resulted in a strengthening of political ties between the Conservative Party and Malaysia, as well as coverage in press, including The Times.