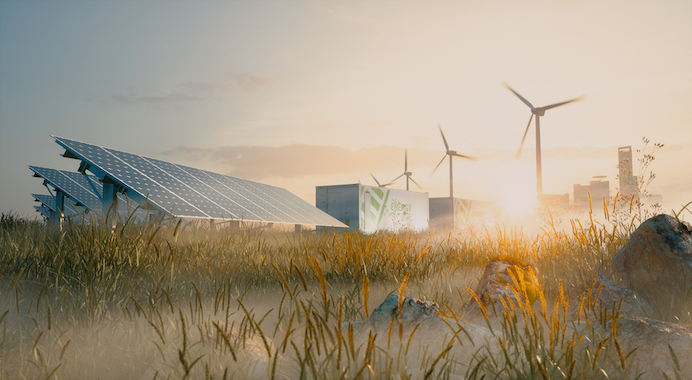 At the Department for International Trade (DIT), we are here to offer as much assistance as we can to UK and international firms that want to expand their clean energy business.

Below, you'll find examples of companies we have supported. 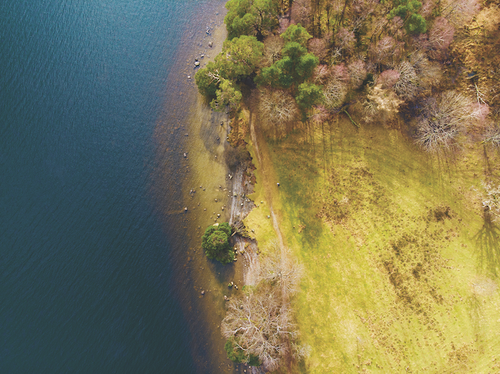 The Asian Development Bank is supporting the government of Uzbekistan in modernising their power sector.

With our help, UK consultancy Mott Macdonald deployed a state-of-the art simulation 20-year demand forecasting, generation and transmission planning models to enable the government and the utility company to migrate from its reliance on gas to a more diversified and renewable generation mix, while also reducing system losses.

Power shortages are now a thing of the past, and the country will be able to tap into its large renewable resource. 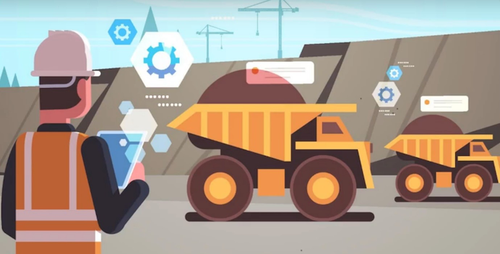 The vision of London-based Minviro is to ensure that the raw materials for the low-carbon economy are produced with minimal impact. The company provides Life Cycle Assessment (LCA) software tools to quickly provide accurate environmental performance data with minimal LCA knowledge or experience.

MineLCA, one of their cutting edge software tools, helps the company calculate the impact of a project as early as Scoping Study stage, and measure life cycle assessment performance over the life of the project.

Tools that allow the company to compare the environmental impact of a mining operation with a range of projects around the world and thereby identify project environmental risks or competitive advantages. 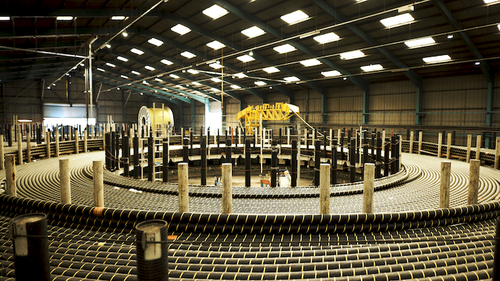 Hartlepool's JDR Cables have played a significant role in the export of inter array cabling used to connect and transport large amounts of renewable energy from offshore wind turbines to an offshore substation, before transmission back to shore.

They were contracted by Siem Offshore Contractors based in Leer, Germany to supply 97 kilometres of cables for the Veja Mate project at an approximate value of €24million.  DIT has actively supported JDR in the German market and also worked closely with our colleagues in UK Export Finance, who have been able, working with the company’s bank, to financially strengthen JDR by issuing guarantees for a bonding facility to support current and future projects.

The support has underpinned subsea power cable project awards to the company for a series of German wind farms, including Meerwind, Nordsee One, Veja Mate, Sandbank and Dan Tysk. 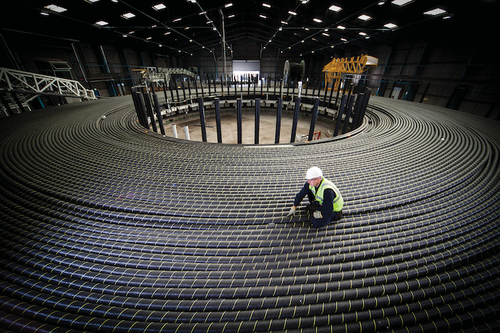 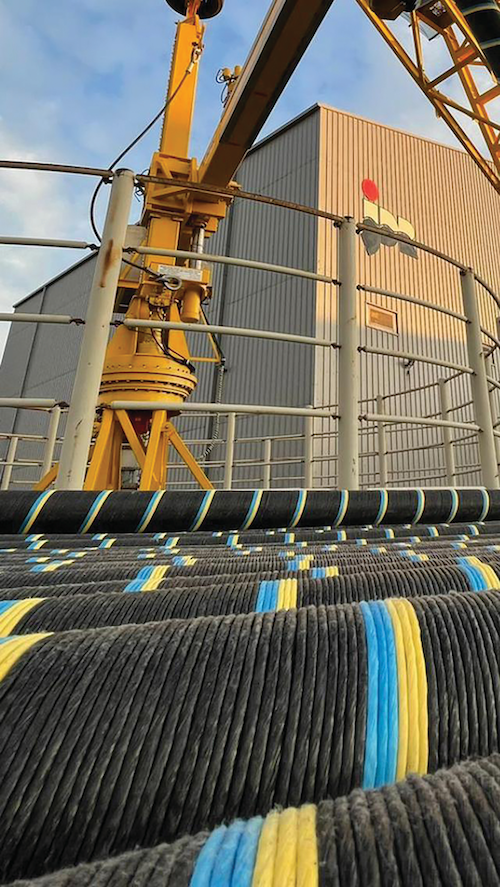 Working to produce biofuels in India 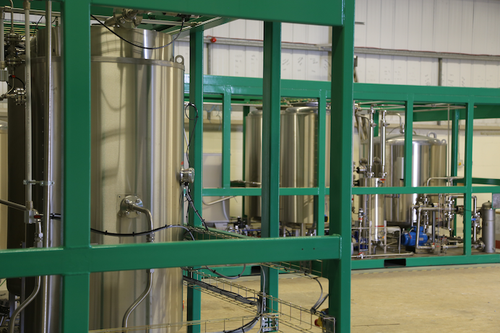 On 30 June 2021, AGF received official notification of intent to enter into an offtake agreement from Bharat Petroleum Corporation Ltd, for this and future plants, applicable to India’s three state-operated Oil Marketing Companies for a period of 10 years.

Green Fuels views India, which is leading the world in incentivising biofuels production, as pivotal in its worldwide refining capacity-building programme, as it builds a business that will install 20 similar plants across India and save a million tonnes of CO2 by 2025.

A programme that is helping the UK and India to play leading roles in combating climate change and promoting the energy transition globally. 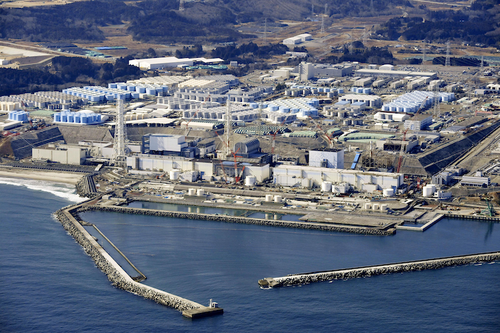 The decommissioning of the Fukushima-Daiichi power plant following the 2011 incident is one of the most complex challenges facing the global nuclear industry today, but one where British capability is on full display.

UK support includes a strong government-to-government relationship between the UK and Japanese decommissioning authorities, and significant contributions by a wide range of British supply chain companies, from engineering consultancy service providers to SMEs with innovative technologies to meet the unique challenges at Fukushima.

Leading the way in CO2 capture 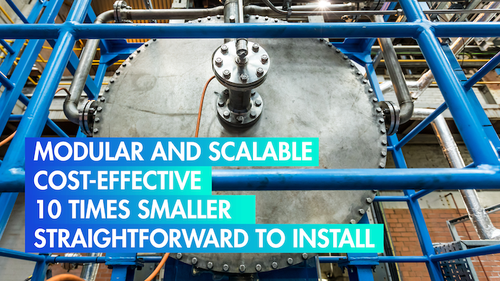 Headquartered in London, Carbon Clean is a global leader in cost-effective CO2 capture technology and services for industrial emitters.

UK government funding in 2012, 2016 and 2018 totalling £5 million has accelerated the commercialisation of its innovative technology currently installed at 38+ facilities globally.

It has recently announced it has been selected to provide the carbon capture technology to the Acorn project in Aberdeenshire – one of the most mature carbon capture and storage projects in the UK. 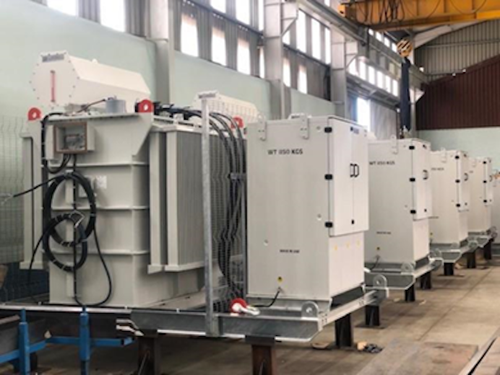 Lucy Electric have recently helped to complete a number of key sustainability projects across Kenya, advancing the transition to greener energy infrastructure by supplying new improved power distribution for solar and wind farms.

What’s more, Lucy Electric has created a special single panel variant which enables wind turbines to be connected to the grid, with recent projects completed at PerdeKraal East and Kangnas - major steps forward for sustainable energy in Africa. 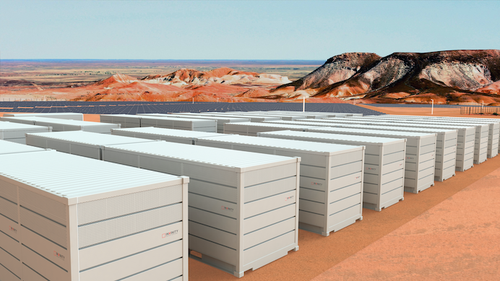 Invinity’s safe, economical and proven vanadium flow batteries provide continuous performance for over 25 years without degradation, built in Canadian and UK factories. Today, they are used in a number of world-first projects which have accelerated the progress toward net zero.

The Yadlamalka Energy project in South Australia is one such project, which will see 8 MWh of Invinity batteries deployed alongside a 6 MWp solar array. Led by Australian investor and landowner Andrew Doman, the project is supported by the Australian Renewable Energy Agency (ARENA) and will create Australia’s first dispatchable solar power plant, helping to reduce the country’s dependency on coal-fired power. 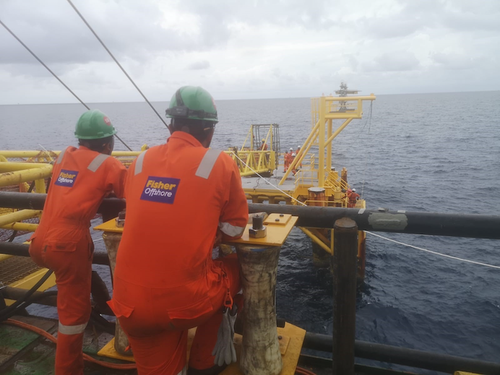 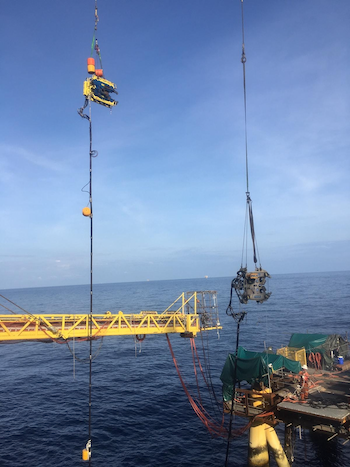 Operating in the Gulf of Thailand, seven platforms and associated pipelines were removed, with the project reaching completion three weeks ahead of schedule. The project’s key priorities were safety and the protection of marine resources, in accordance with all national and international regulations.

With the new reef sites now ready, Chevron Thailand in collaboration with Chula Unisearch will study and track progress over the next two years, to recognise the benefits of this new artificial reef. 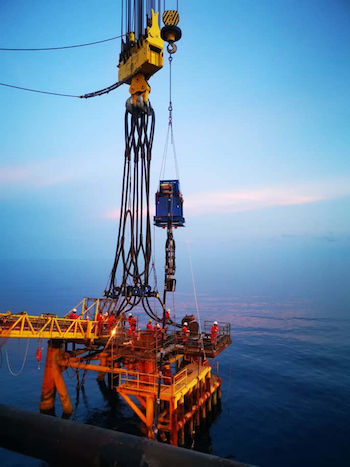 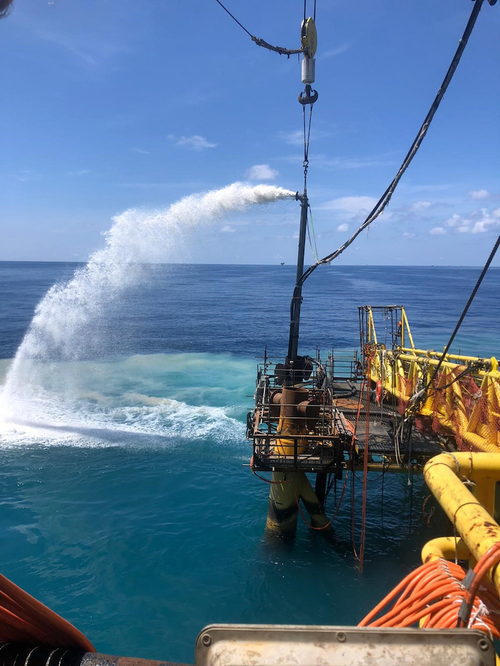 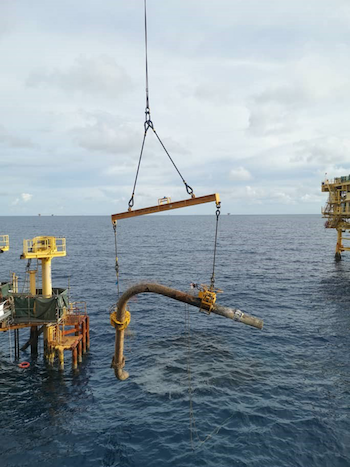 ITM Power are supplying the polymer electrolyte membrane electrolyser (PEM) for the REFHYNE project at the Shell Rhineland Refinery in Wesseling, Germany.

The electrolyser will be the largest of its kind to be deployed on a large industrial scale. The project will investigate feasibility for the introduction of PEM technology in other industry plants, as well as potentially being a step towards the future of refining and determine the possible technical, economic and environmental benefits of the technology.

The REFHYNE project is funded by the European Commission’s Fuel Cells and Hydrogen Joint Undertaking. 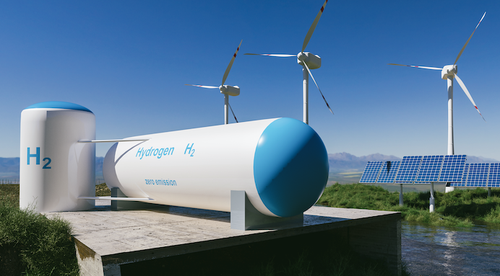 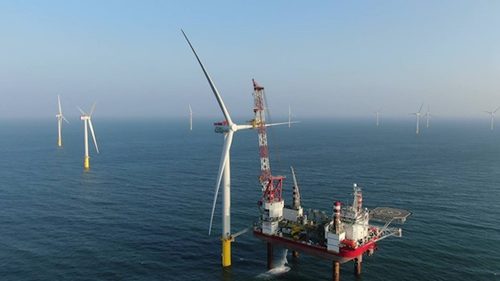 UK Export Finance (UKEF) is supporting the development of The Formosa 2 offshore wind project in Taiwan.

It is one of two ‘fast track’ projects approved by the Taiwanese government, with the power to be sold under a 20-year PPA to Taipower.

The project will utilise 47 market-leading 8 MW turbines to produce 376 MW, the equivalent of powering up to 380,000 Taiwanese homes. UK Export Finance provided a £230m guarantee to support its construction, securing export opportunities for UK companies.

The project financing won several Asia Green Project of the Year, 2020 awards and UKEF provided a £230 million guarantee for the UK-sourced content. 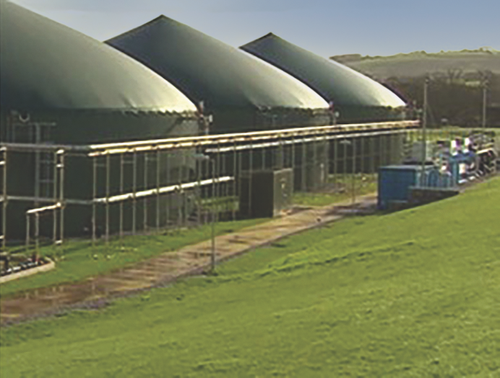 Barclays Bank has provided a green loan to Wyke Farms, Britain's largest cheese maker, based in Somerset and selling in over 160 countries worldwide.

Wyke Farms built a biogas plant to recycle farm and dairy waste to generate green electricity. When operating at full capacity, it contributes to the national grid – 73 million kW/h produced per year, enough to power around 6,00 homes – selling at a fixed price contract to Ofgem.

Barclays put in place a Green Trade Loan facility to support Wyke’s working capital requirement by bridging the outstanding monies due from Ofgem. 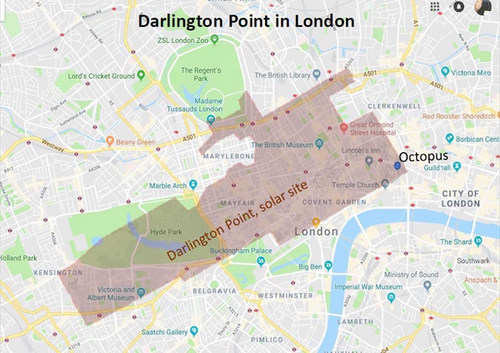 This plant has nearly 1 million panels, is surrounded by a 19km perimeter fence and covers the equivalent area of much of Central London.

The farm, constructed without any subsidy, will provide power to 115,000 homes (representing 5% of homes in New South Wales). The local community provided accommodation, traineeships and COVID-19 care to the 500 construction workers – 26% of whom were women.

There was not a single objection to the planning approach, which is rare for such a renewables project in Australia.

Decarbonisation of the solar supply chain in Malaysia 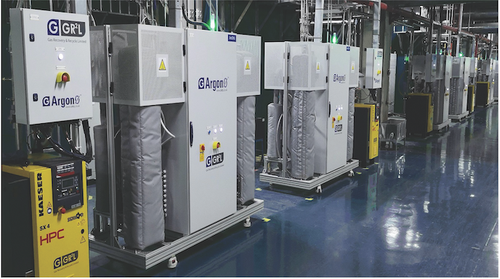 Gas Recovery and Recycle Limited, GR2L, located near Gatwick Airport, Surrey, have enabled a substantial decarbonisation of the Solar PV supply chain through the deployment of their unique argon purge gas recycle system – the ArgonØ.

GR2L have supplied 15 ArgonØ systems to Longi Green Energy at their production facility in Malaysia delivering to them the triple befits of increased profitability, reduced carbon footprint and improved supply chain resilience. The Longi facility now operates on recycled argon reducing their carbon footprint by more than 3,000 tonnes CO2e per year.

With our help, GR2L are supplying argon recycling systems across the Far East and Northern Europe including China, Vietnam, Malaysia, Singapore, and Norway and expanding into new markets such as float glass production and the sintering of ceramics all of which use large quantities of industrial purge gases. 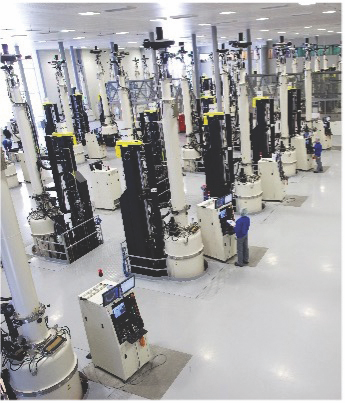 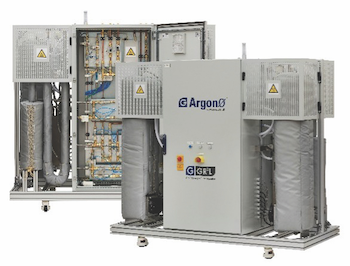 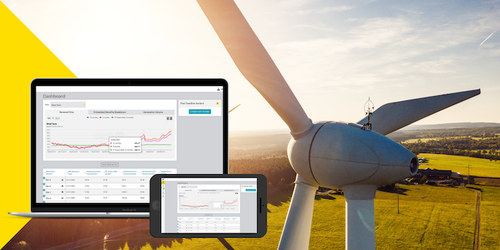 Renewable Exchange have recently completed their first international contract with one of the largest renewable energy generators in Germany.

Having attended the Department for International Trade’s Export Academy, the company was able to prepare for the opportunities and challenges of launching their product in other countries.

Looking ahead to full European roll-out in 2022, Renewable Exchange began their international expansion in Germany. The platform was used to tender a contract for a multi-turbine wind park. Going out to 20 energy buyers for multiple contract terms, Renewable Exchange helped the generator access the whole market, obtain higher value PPA for their assets and make the best decision for their business.