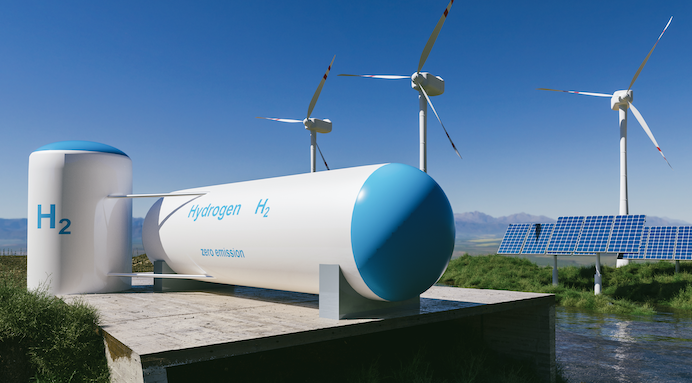 The global transport sector is particularly challenging to decarbonise.

A situation that is due, in part, to its current reliance on carbon intensive liquid fuels, coupled with an increasing demand for transport services.

Low carbon fuels, fuels that deliver greenhouse gas savings compared to fossil fuels on a life-cycle basis, including biofuels and other renewable fuels such as hydrogen and recycled carbon fuels will play a key role in reducing emissions.

This applies to both the existing fleet and also to transport sectors which cannot currently be easily electrified such as the aviation, maritime and heavy goods sectors.

The UK has been a first mover in establishing a regulatory regime for renewable fuels. Low carbon fuels have been central to making UK transport greener for more than a decade, supported through the Renewable Transport Fuel Obligation (RTFO) scheme. The RTFO has been particularly successful in promoting waste-derived biofuels and has set a framework for promoting an ever-widening range of fuels, including renewable hydrogen and recycled carbon fuels.

In 2019, the use of low-carbon fuel supplied under the RTFO saved almost 5.5 million tonnes of CO2 emissions – the equivalent of taking 2.5 million combustion engine-powered cars off the road. 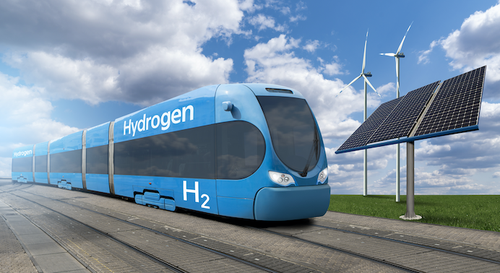 Hydrogen can be converted into various forms of energy, such as electrical power, heat, and transport fuels.

It has a wide range of potential decarbonisation uses across the whole energy system – energy storage, industrial power and applications, residential and commercial heat, and transport.

The UK is at the forefront of hydrogen technology development across a range of transport modes, and is supported by significant government investment schemes, including the Tees Valley multi-modal hydrogen transport hub.

Biofuels are liquid or gaseous fuels derived from biomass and are a key component in the effort to use renewable feedstocks to create a low-carbon economy.

Wastes and residues can contribute to biofuels, with the most common wastes including used cooking oil, dry and wet manure, municipal organic waste, waste agricultural products such as sugar beet tops and tails, and sewage sludge.

The development of biofuels has been supported in the UK for over a decade, principally by the RTFO. Renewable fuels supplied under the RTFO currently contribute around a third of the savings required for the UK’s transport carbon budget (Renewable Fuel Statistics 2019 Final Report, Department for Transport).

In 2019, over two-thirds (69%) of renewable fuels reported under the RTFO were made from wastes and around four fifths (79%) of biodiesel reported was made from used cooking oil.

Examples of feedstocks include industrial waste gases and the fossil fraction of municipal solid waste (MSW) such as non-recyclable plastic.

There is evidence that greenhouse gas emission savings can be achieved by diverting wastes from their current disposal routes, if the RCF route can offer a greater energy recovery from the waste. RCFs may also help bring more renewable transport fuels to market, as many of these waste streams are mixed with biogenic material, which together would alternatively be landfilled or incinerated.

The UK is active in the development and uptake of sustainable aviation fuels (SAF).

It is supporting the sector through incentives, capital funding, investment in research and development, as well as wider policy interventions that aim to create a strong domestic industry.

Recent analysis commissioned by the UK’s Department for Transport (DfT) shows that the UK sector is well placed to continue as a global SAF market leader.

SAF could generate between £700 million and £1,660 million in gross value added (GVA) worth, with potentially half of this from the export of intellectual properties and the provision of engineering services.

This industry has the potential to create between 5,000 and 11,000 green jobs, with the majority being in areas of regeneration.

In the air, on the ground, at sea: making the change to low-carbon fuels is one of the greatest challenges in the global transport sector.

Yet it is one that the UK is in a unique position to rise to with its proven track record in developing and implementing fuels other than ‘conventional’ fossil-based alternatives.

A range of heavy transport vehicles and non-road mobile machinery that run on biofuels are on the market in the UK, supporting the supply of non-fossil fuels throughout the country. Further investment in fuelling stations and fuel manufacture will be delivered in the coming decades and the technologies for developing and distributing these fuels are being shared by UK companies throughout the world.

Find out if your business could benefit from meeting the international demand for low-carbon fuels.

You can also get in touch with your local trade office and seek advice directly from one of our expert trade advisors.